Fireside chat with Jeffris, Whelen and the Canberra and District Historical Society 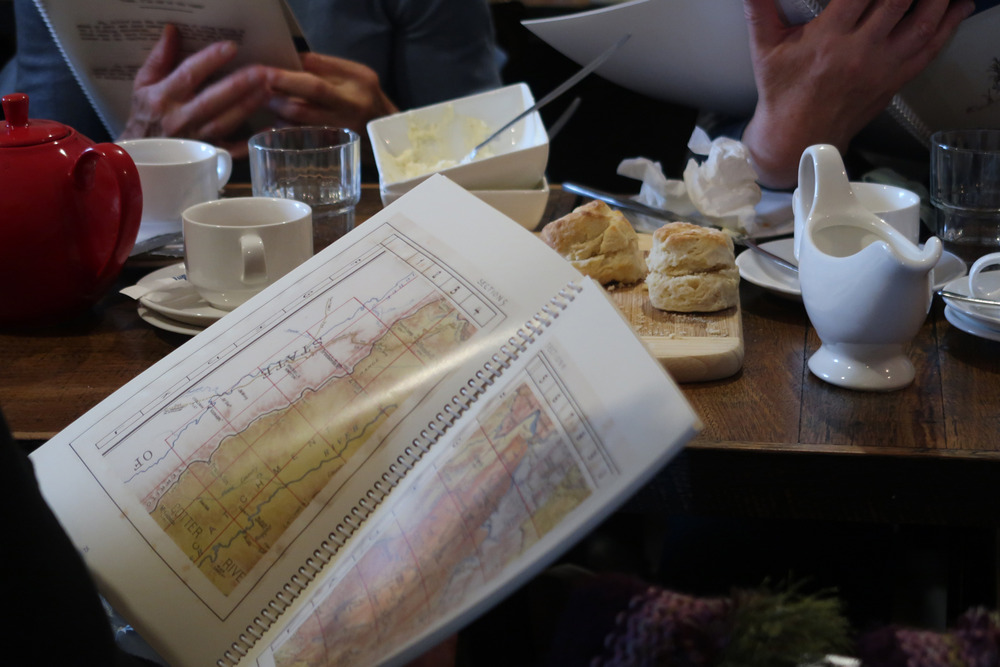 The cold and windy Saturday set the scene for our cosy fireside chat about the 1300 mile journeys undertaken by George Jefferis and John Whelen in the early days of the Federal Capital Territory. Our guests, once settled in front of the fire with tea and scones courtesy of the Barracks Espresso Bar and Eating House, listened as Esther and Nick from the Canberra and District Historical Society recounted the little known stories that the intrepid travellers kept note of in their journals.

Employed as porters at Hotel Canberra, Jefferis and Whelen would pack their bags, load their horses and travel around the countryside most winters between 1926 and 1931. They detailed their encounters with the humble, hospitable folk they encountered in their travels- those ordinary people whose stories rarely get told, but who play an integral role in the stories of others. Jefferis and Whelen were also amateur artists and biologists- keeping detailed records and specimens of the flora and fauna they encountered, taking photographs and capturing the landscape through watercolours and sketches.

George Jefferis and John Whelen recorded the details of Canberra life that often get missed amongst the bureaucracy and administration that marked its early days. They recount stories of Dame Nellie Melba swearing at the band during rehearsal for the opening of Parliament House, getting lost in a snowstorm near Orroral Homestead, and the Maori princess who helped them on their way from Hotel Canberra.

Our listeners emerged from the cosy fireside setting in to the cold afternoon, with a sense of the challenges encountered by those early rural settlers in the Canberra region, and a sense of what life was like in the early stages of development in the Federal Capital Territory.

Black and white images courtesy of Trove and Canberra and District Historical Society.