The Canberra region has a long history of people helping each other in times just like today - when our nearby parks and coastal communities, along with nation-wide support groups, are working together to repair our built and natural landscape after the unprecedented bushfires that have devastated so much since late 2019. 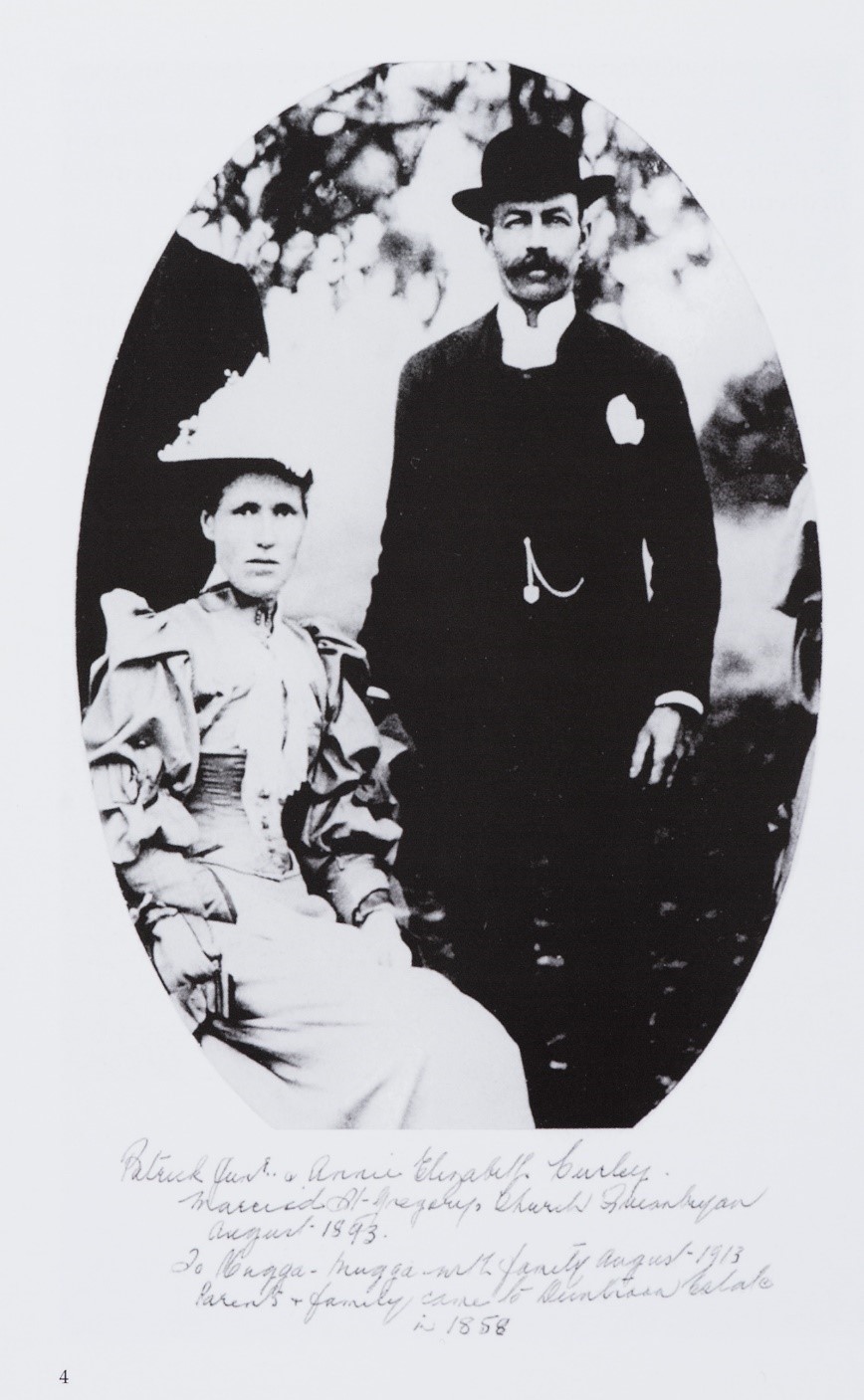 In this time of distress, we can be encouraged when we look back at how our community have endeavoured in ingenious ways to make progress in the face of challenge. Mugga-Mugga Cottage straddles the pre- and post-national capital periods, and it is a place that holds valuable social history about how the communities of this region have worked to support one another in myriad ways for a valuable cause.

Mugga-Mugga Cottage and farm is the story of the self-professed ‘little people’; the shepherds, farm workers and their families who provided the muscle and know-how to keep the pastoral estate running in the 1800s. Patrick and Lizzie Curley, pictured here in formal attire on the occasion of their wedding, came to live at the cottage and farm with their three daughters, Evelyn, Sylvia and Ada, in 1913. After 1927, as the nation’s capital became established, it is the story of the leaseholders like the Curley family who became integral members of the burgeoning Canberra community. 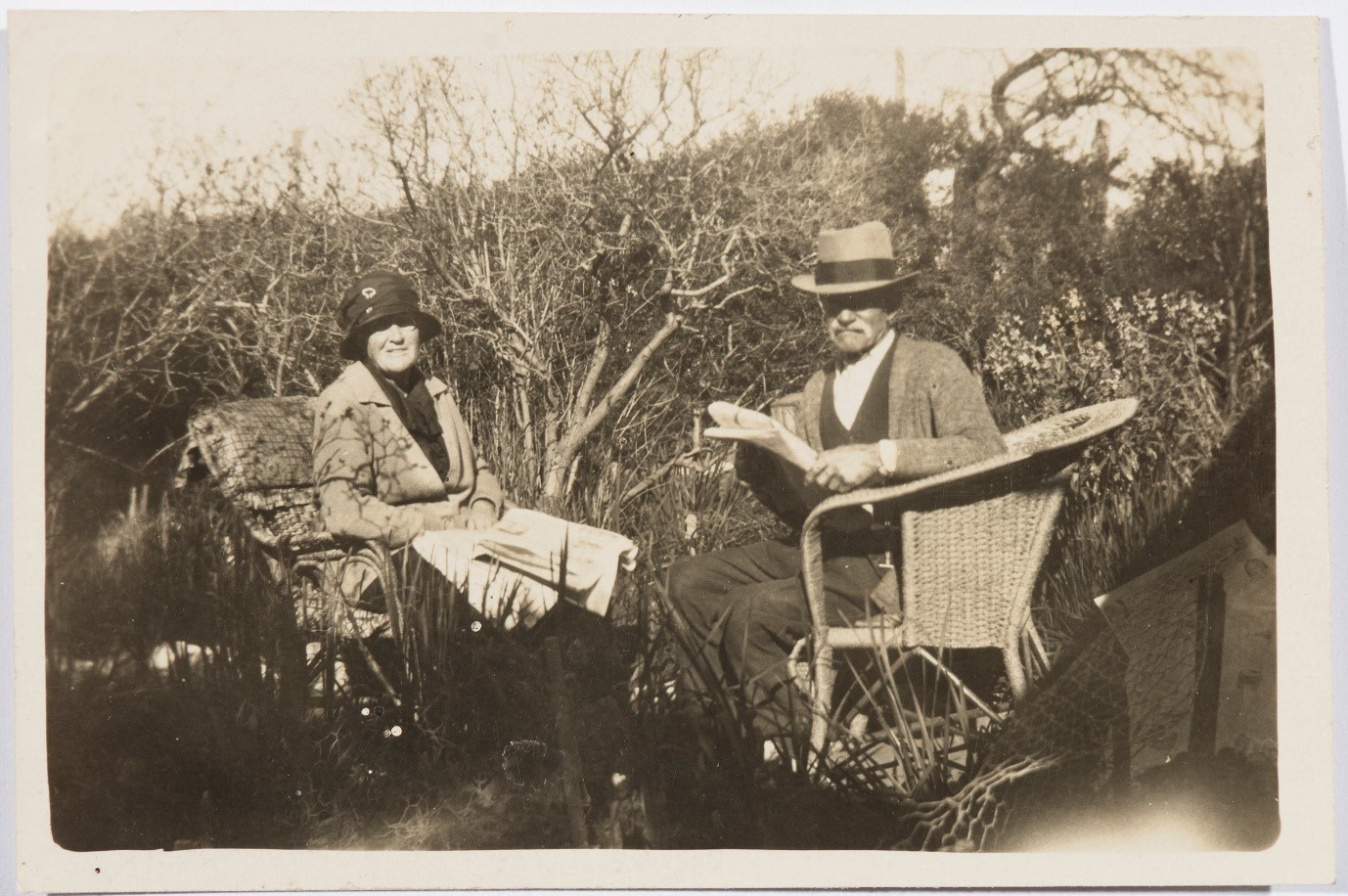 Patrick and Lizzie Curley in the garden at Mugga-Mugga Cottage

Beginning in 1936, the property also stands as a testament to the remarkable thread of almost 60 years of management by the Curley women. After Patrick died in 1936, the lease was held by Mrs Lizzie Curley, then Evelyn in 1948, and subsequently Sylvia and Ada in 1985. Ada returned to live at the cottage in 1975. Bearing in mind each sibling had careers of their own, it’s a testament they kept the farm running, albeit its size became steadily smaller as land was resumed by the Commonwealth after 1900 for the establishment of the National Capital. It is also remarkable this place still exists because on two occasions, in 1921 and again in 1936, the Curley family received letters calling for the cottage to be demolished. 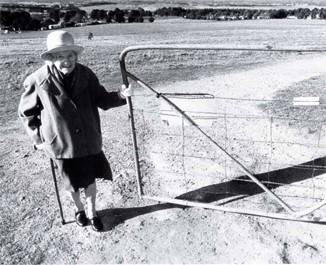 Miss Sylvia Curley was determined to fulfil the wishes of her sisters to place their home into public hands to be managed as a museum. Seen here on the farm in the late 1990s, she was an indomitable local identity in regards championing both the historical agrarian and urban identity of this city.

In an ABC radio interview Miss Curley said the secret to a productive life is ‘to give a little and you get a great deal in return’. She began nursing in 1926, retired 40 years later to open an employment agency, and in her final decades, before turning 100 in 1999, Miss Curley worked with local heritage experts to place Mugga-Mugga cottage and surrounding paddocks into public hands.

To give an insight to this woman’s tenacity; during her tenure as Deputy Matron commencing in 1938, Sister Curley recognised that if the Royal Canberra Hospital modernised it’s teaching facilities it could attract more women into training, and so she put a submission to the Board for such a facility. At the time, both professors and public servants Head of Department alike all said there was no budget to afford a tutor or a reference library. So Sister Curley tried another way by fundraising in the form of the annual Nurse’s Fund Ball at the Albert Hall, and by 1963, the School of Nursing, on the ground floor of Sylvia Curley House, comprised five classrooms as well as conference and study rooms, a science bench and a large library.

However, the period of approximately 15 years between the idea and its realisation required incredible persistence by Sister Curley and her colleagues.The following announcement about preparations for the Nurses Balls was published in the Canberra Times in 1947;

Matron J. Bennett and Sister Curley, executive of the ball committee, which is organising the Canberra Nurses' Ball, to be held at the Albert Hall on May 23, will be entertained at afternoon tea by the members of the Hospital Auxiliary on May 12. It will take place at the home of the President (Mrs. R. J. Tillyard) at Mugga Way.

Sister Curley recalled sourcing donated produce from local shops and farmers – including ‘a suckling pig with an apple in its mouth from a farmer at nearby Uriarra, and milk and cream would be donated by Mr and Mrs Stuart from Mill Flat Dairy’. The committee undertook the administration and preparation of the events during their days off from nursing – the one concession was they could use the hospital ovens whilst the patients’ meals were being cooked! 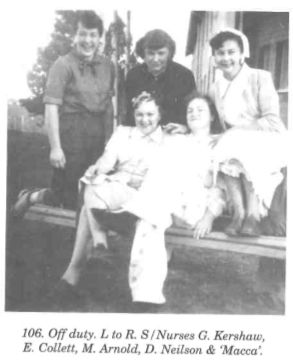 The successful events became a highlight of the year, and in the inaugural year 400 debutants and their partners attended the Ball, in the third year – 800 people attended. About these kind of events during the mid-1950s, Ellice Collett (Mehanikov),  recalled the following;

‘The Albert Hall! Now what nurse could be training at CCH and not have some experiences of the dances held at Albert Hall. It was the cause of so many heart breaks, exciting romances and of course the venue where some us met our future spouses. The Albert Hall and the Irish Australian Club caused many nurses to go out without passes so they could twirl around the floor full of seemingly endless energy. Never mind that they had dragged themselves off duty devoid of all energy only a couple of hours previously.’

Miss Curley’s tenacity throughout her 100-year long lifetime remains legendary in Canberra. Her conviction toward progress, be it for the education of nurses, or for women entering employment, or for future generations to understand good environmental management, is a part of our social history from which we can draw inspiration toward the greater good of our community.

And it’s only right that Miss Curley should have the last word here in the form of her favourite proverb;

Someone has blended the plaster

and someone has carried the stone,

Neither the man nor the master

ever has builded alone.

Only by working together

things are accomplished by man

All have a part in the plan.

And we’d love to know – did you go to the Nurses Ball? Do you know anyone who has pictures of the event? 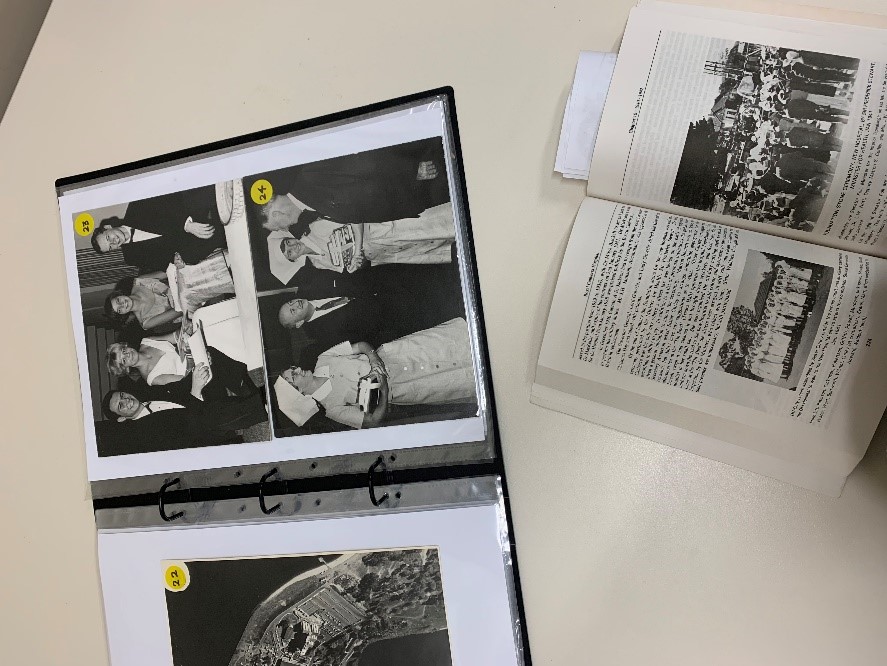 Here at ACT Historic Places, we have been intrigued as to what the Nurses Balls looked like up to 1966 – how the Hall was decorated, what the fabulous outfits looked like, and who the handsome beaus of the young nurses were! We have trawled through our own archives at Mugga-Mugga Cottage, we’ve been in contact with local historian Lenore Coltheart, author of Albert Hall: the heart of Canberra, and staff at the ACT Heritage Library, we’ve liaised with the National Archives of Australia, and of course we’ve also taken a close look through Royal Canberra Hospital: An anecdotal history of nursing 1914 to 1991. But there’s been no luck so far in finding a confirmed image of taken at the Nurses Ball in either 1947 or any other year of the period! We would love to hear from anyone who has a memory or a photograph of the Nurses Fund Balls that were held at the Albert Hall in Canberra, during the late 1940s through to 1966. Please contact us via CFCHistoricPlacesBookings@act.gov.au